Before we delve into the subject of gender neutrality, let us first understand what gender equality means. Gender equality or sexual equality refers to equal access to resources and opportunities irrespective of gender. It includes equal participation in economic activities and decision-making, and regardless of gender it is about valuing different behaviors, aspirations, and needs equally. There should not be any bias based on the gender of the person.

Gender neutrality is an extension of gender equality. Gender neutrality is about avoiding distinguishing roles based on people’s gender. The idea is that policies, language, and other social institutions should not make any distinction between sexes. The proponents of the idea believe that this is necessary to avoid discrimination that arises out of the perception that some social roles are more suited to one particular gender than the other.

According to a Corporate Law Firm in India, people who support gender neutrality advocate public policies and laws to be designed to put an end to distinctions based on gender.

Discrimination has been prevalent in Indian society for ages. Whether it is health, education, economic condition, religion, or politics, you can see discriminatory behavior everywhere. It is often the women who are at the receiving end.  However, there are many situations where men find themselves at a disadvantage.  Discriminatory practices against either sex have been a bane for Indian society.  It is ironic that India is the largest democracy and an emerging economic power in the world, still has not got rid of these discriminatory practices.

Most of the laws pertaining to gender equality favor women in India. Since women have always been at the receiving end because of the patriarchal society we have in India, laws enacted to promote gender equality have all been in favor of women. Men have always had the primary power and predominating position in politics, moral and social authority, and control over ancestral property. All the privileges are skewed in favor of men, and this dominance is attributed to the inherent natural difference between the sexes. Patriarchy is manifested in every sphere of life, be it social, legal, economic political, or religious.

Though the constitution of India has given equal rights to both men and women, the rights of women have always been suppressed. Many voices have been raised about women’s rights in India in the past, and are still being raised to protect women from the atrocities allegedly perpetrated by men. Some Acts in this context relates to sexual harassment, molestation, harassment for dowry, physical and mental torture, kidnapping and abduction, rape, equal share in ancestral property, etc.

Misuse of the Law

As pointed out by a law firm in India, provisions of certain laws are very stringent and require immediate action to be taken against the accused if a case is filed by a woman, especially in dowry, sexual harassment, and rape cases.

The law empowers law enforcement agencies to arrest the accused even before there is sufficient evidence against them. As the laws are so heavily tilted towards the women, there is very little scope for men to defend themselves. Instead of the prosecution proving their guilt, men have to prove them self not guilty. As a result of this lacuna, many women have tried to take undue advantage and have filed false cases against men to take revenge or settle old scores.

Faced with these harsh situations, men started to raise their voice against these laws, especially in rape and sexual assault cases. There has also been a steady rise in dowry and domestic violence cases where men have been falsely implicated.

By definition, gender-neutral law implies that all genders be treated equally in the eyes of the judiciary. As more and more persecuted men started raising their voices, the demand for making sexual offenses gender-neutral started gaining traction.  Several public interest litigations were filed in this regard. However, nothing conclusive came out of these PILs.

A bill to make sexual offenses law gender-neutral was presented in the parliament in 2013 but got postponed amidst the backdrop of the outrage that followed the infamous Nirbhaya rape case. The bill was again presented in the Rajya Sabha by the renowned lawyer and parliamentarian KTS Tulsi in July 2019, seeking amendments in the criminal law to make sexual crimes gender-neutral.

The contention behind the proposed amendment was that both men and women, and other genders could be offenders as well as victims in sexual crimes. The bill sought amendments in the criminal laws by replacing the phrase “any man” and “any woman” by the phrase “any person’. It also sought modification in the definitions of various sexual crimes, such as molestation, sexual assault, and rape, and aims to provide sufficient protection of the rights of all persons vulnerable to sexual crimes and to punish all acts of sexual offenses irrespective of the gender.

To conclude, though there have been several attempts to make sexual crimes gender neutral through PILs and bills in the parliament, no headway has been made. The laws on sexual crimes still treat women as the victim and men the perpetrators. 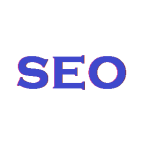 Having experienced writer in blogs, Articles in the different topics of social, health, techno, media and more. I have written many articles for various blogs and am currently running my own blog, which means that I am also experienced in SEO, content and article writing, landing pages, etc.
There is more passion to be upgraded in me. Thus, if you need help writing or marketing books or writing web content, I can help you.

Having experienced writer in blogs, Articles in the different topics of social, health, techno, media and more. I have written many articles for various blogs and am currently running my own blog, which means that I am also experienced in SEO, content and article writing, landing pages, etc. There is more passion to be upgraded in me. Thus, if you need help writing or marketing books or writing web content, I can help you.

Visa – one of the top essentialities to travel to another country

How to prepare your photo report in luxury real estate photography?

Are Biometrics a way Forward for Payment Industry?