10% of the world’s GDP will exist on the blockchain or blockchain-related technology by 2025, according to the World Economic Forum.

This data point should be enough to paint a bright picture of blockchain technology in the future. The time span – from 2008 (when Bitcoin came to existence) to present— has brought numerous transformations in the industry. Apart from making transactions more transparent, Bitcoin was clearly heading toward disrupting the banking industry, taking control away from banks.

Not just banking, blockchain technology has been disruptive for several other industries, but the banking and finance sector remains the highest benefactor of blockchain technology. The way Bitcoin has emerged – secure, safe, and transparent system for payment – it has paved the way for innovation, making banking infrastructure more robust, processes efficient, and business more profitable.

The burgeoning value of Bitcoin and the increasing adoption of cryptocurrencies, Bitcoin has already proved to be beneficial to the industry.

Since 2008, Bitcoin and blockchain have come a long way. Here’s a peek into the predicted future of blockchain

1. Fraud – 45% of financial intermediaries like stock exchanges, money transfer services, etc. are prone to fraud. The majority of banks keep their records on a centralized platform that can be accessed by hackers. Once hacked, they will have access to complete information. Using the blockchain records can be kept safe and fraud can be reduced drastically.


2. Know your customer – According to a Thomson Reuters Survey, financial institutions spend $60-$70 million on know your customer services and regulations. Blockchain can maintain a centralized database accessible by various banks and financial institutions to verify identity and credentials of customers. Thus, avoiding the repetition of the KYC process by other companies. These services are undertaken to avoid money laundering and terrorist activities. This will cut the cost dramatically.


3.   Settlement and clearing – Loan and securities records are stored on web by investment banks and require millions of dollars to operate and run. At present, this is managed by manual reconciliation and messages. Shifting these records on blockchain will make the process seamless. Australian Stock Exchange is in the process of moving its post-trade clearing and settlement on blockchain.


4.  Trading platforms – Trading is rife with fraud and operational errors. Using a blockchain-based trading platform, operational errors and fraud will be reduced drastically. NASDAQ and the Australian Stock Exchanges are two stock exchanges that are looking to shift their processes onto development, and cut costs and improve efficiencies.


5. Digital payment – Traditional payment system involves manual money counting and keep records, which makes it susceptible to human errors. These errors have led to losses. Bitcoin and other cryptocurrencies have paved a new way for digital payment and eradicated the possibility of errors to a significant extent, leading the cryptocurrency and blockchain industry to thrive.

Bitcoin and blockchain both have given the banking and finance sector a new direction to steer toward. 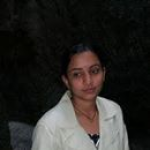 How to install QuickBooks on a New computer.

All Possible Ways Online or Offline to Grow your Local Business